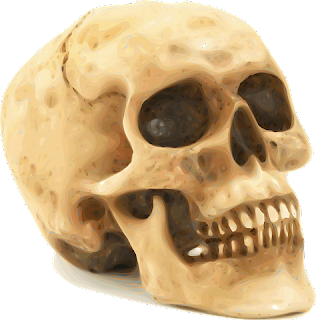 Welcome to another topic! Today we talking about a topic that we rarely hear in our circles. Be it in church, pubs, gatherings or anywhere else we rarely speak about death. Is it because we have not accepted this reality that dying is real and a normal thing?Personally i go to church sunday in and sunday out and for the past decade i don't remember any sermon our Pastor preached about death.
The fact that we are not being taught about death is one of the reasons why people end up suffering from different deases due to lack of understanding what death really is. I am among those people who also fear death but i believe after writing this post, i will be strong enough not to fear death.
There is this novel i once red whereby a certain person died and because his family didn't accept and understand death, after burial they went everywhere looking for death so that they would avenge their relative, funny right!
What is death
Death is the act of dying; the end of life; the total and permanent cessation of all the vital functions of an organism. With that being said death is a non reversible thing, once a person dies that is it. In the Bible there are several stories where death is mentioned, from Genesis 24:67 it says And Isaac brought Rebekah into his mother Sarah’s tent, and she became his wife. He loved her deeply, and she was a special comfort to him after the death of his mother.
We also hear about death in the book of Exodus 12:13 it says But the blood on your doorposts will serve as a sign, marking the houses where you are staying. When I see the blood, I will pass over you. This plague of death will not touch you when I strike the land of Egypt. As we can see this thing called death was there and is here and will be there. We just have to understand the fact that death exists.
Effects of death
Most of us are aware of the effects of death, some of us have actually experienced these effects. The tough part about dying are the effects both to the one who dies and those left behind. I will share my experience, when my father died, i was doing my seventh grade and my sister was just six months old. Imagine mom had to look after both of us at the same time she had to deal with her emotions etc.
So effects of death usually affect those left behind. Death results in heart problems, mental issues, emotional challanges, seperation, may even leads to poverty, children become orphans, lack of family support, financial problems such that it has a huge impact on burial arrangements.
Death will not tell in advance, it just comes mostly when you are un aware. Death is like a thief and it never advises before striking. I have witnessed a huge impact especially on children after death of a parent or guadian.
Why people die
After the passing on of my dad, i used to ask myself why he died, this is because i didn't understand what death was. You could be asking why we die and here are some of the reasons why.
This question is the same as causes of death and people seem to get confused between these two yet we reffering to one thing. People die due to different reasons some die due to deases like cancer, hiv and aids, ebola etc.
Death can be caused by accidents in our roads or plane crush among any other we may think of. Sometimes a person can die after committing suicide, others have died by God's time, some where beaten to death, other people died during war. This one is real, a person can die due to stress and overthinking.
What happens after death
I have come across a debate on this one. I realised this has everything to do with which religion you belong to and how you are taught. I think when a person dies he or she's spirit still lives. The spirit either goes to heaven or to hell. Yes you will be in a new form that is unlike our earthly form.
Scientifically After death, the cells are depleted of their energy source and the protein filaments become locked in place. This causes the muscles to become rigid and locks the joints. During these early stages, the cadaveric ecosystem consists mostly of the bacteria that live in and on the living human body.
Is death avoidable
This one is tricky because only God knows the end from the beggining and the God knows the beggining from the end. However there are ways to minimize death. By doing so we are not avoiding death but minimizing it. For example if we take a look at causes of death, we can find ways to minimize the causes by doing so we are avoiding a higher death rate. For example if people are dying of aids, the ministry of health will provide medication so as to curb the spread of the disease. So the only way to avoid death is by looking at its causes and then implementing ways to reduce the death causes.
Conclusion
We should not fear death because it is a normal thing to die. Christian belivers know that by God's grace we will die and rise again so we should have faith yes a lasting faith that we die temporarily and rise again for eternity together with Christ Jesus.
My name is Nyasha Ernest Matanda and blogging is my burning desire