Reasons why people migrate from one nation to the other 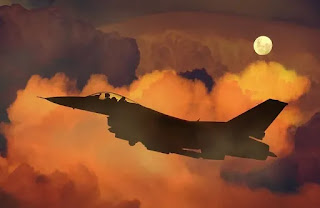 Famine
Another word for famine is drought. From the book of Genesis 12:10 At that time a severe famine struck the land of Canaan, forcing Abram to go down to Egypt, where he lived as a foreigner. There is a similar verse in the same book but now from a different  chapter. Genesis 41:57 And people from all around came to Egypt to buy grain from Joseph because the famine was severe throughout the world. Proven by these two scriptures, when a natural disaster like famine stikes there are higher chances of people leaving their nation looking for greener pastures.
Economic Crisis
In this case i am a victim. Here in Zimbabwe we are living in harsh conditions driven by continueous economic downfall. For example most people can nolonger afford to buy basic comodities like bread. If we fail to buy bread just imagine the impact it has on us. There is no fuel leading to price hikes on busfare, long ques on fuel service station such that people sleep on ques waiting for the arrival of fuel. All this is caused by Economic melt down. Some people in the rural areas are having one meal a day or none at all. If you think i am lying then make your way here.
War
Who would love to remain in a country wereby peace has been long forgotten. Because of war we have seen people losing their lives and some getting disabled. Because of war there are refuggees out there. Because of war children nolonger go to school, there is no medical support, food is not sufficient,  there is no freedom at all. War brings destruction and can heavily impact ordinary citizens who are defenceless.
Sanctions
Again as a proud Zimbabwean i am also suffering the effects of sanctions. Sanctions are a silent war declared on a nation. They cripple the economy down to earth. They are ruthless and cause a lot of problems in all sectors of the economy. No investor will come at your doors nocking, looking for business opportunities. Sanctions are like a cancer, they cripple the entire nation from top officials to ordinary citizens. Sanctions will define the future of the unborn, assurering them of doom. Unemployment will be the order of the day leaving the youths at high risk of induldging in dispeakable activities. Because of sanctions we are a poor nations with high level of ealry child pregnancy. Sanctions are not fair and must be removed.
Education
I have a brother of mine who left to study in our neighbouring country South Africa. After finishing A level, our parents could not afford his University fees then opting for South Africa. Tapiwa my best friend is doing his studies in the UAE due to the same challanges. In other matters some people leave to study abroad due to lower literacy level in their country of origin.
Marriage
A marriage setup between two people from different nations usually results in one of them leaving for another's nation. This can be hurting but because of love people do it.
My father is from Lesotho and my mother is a Zimbabwean. This means that dad had to leave his country of origin just to come and stay with mom because of marriage. Love is indeed a wonderful thing because even those stupid things end up making sense!
My name is Nyasha Ernest Matanda and blogging is my burning desire