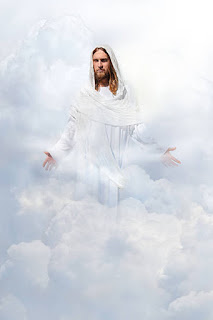 MISSION
According to John 9:1-7 we can clearly see that it was part of His mission to heal the sick. Even to this day you and i can still benefit this healing because this is why Jesus came,died and rose again. He did so as to set us free from all kinds of sickness. I pray that the Lord will heal you from any kind of sickness that has been troubling you! Receive your healing today i declare that you are free from that deases in Jesus name.

JOHN 9:1-7
9 As Jesus was walking along, he saw a man who had been blind from birth. 2 “Rabbi,” his disciples asked him, “why was this man born blind? Was it because of his own sins or his parents’ sins?”

3 “It was not because of his sins or his parents’ sins,” Jesus answered. “This happened so the power of God could be seen in him. 4 We must quickly carry out the tasks assigned us by the one who sent us. The night is coming, and then no one can work. 5 But while I am here in the world, I am the light of the world.”

6 Then he spit on the ground, made mud with the saliva, and spread the mud over the blind man’s eyes. 7 He told him, “Go wash yourself in the pool of Siloam” (Siloam means “sent”). So the man went and washed and came back seeing!

Faith
According to Hebrews 11:1 "Now faith  is the assurance of things hoped for, the conviction of things not seen. This was best demonstrated by the woman with the issue of blood. She raised her faith without consoling anyone and truly the moment she touched Jesus's gament,immediately she was healed. There are times in life where you must set a target,activate faith and take action. This woman did that and surely her sickness was taken away.

Luke 8:40-44
40 On the other side of the lake the crowds welcomed Jesus, because they had been waiting for him. 41 Then a man named Jairus, a leader of the local synagogue, came and fell at Jesus’ feet, pleading with him to come home with him. 42 His only daughter, who was about twelve years old, was dying.

As Jesus went with him, he was surrounded by the crowds. 43 A woman in the crowd had suffered for twelve years with constant bleeding, and she could find no cure. 44 Coming up behind Jesus, she touched the fringe of his robe. Immediately, the bleeding stopped.

Mercy
Another way Jesus healed the sick was displayed in the book of Mark 10:46-52
Bartimaeus begged Jesus to heal him,he did so with faith and boldness. Indeed his wish came to pass,Jesus showed Bartimaeus mercy and took away his blindness. He was healed and began to see. Imagine if Bartimaeus had remained quiet obviously he would have remained in his situation. There are times where you have to go on your knees and cry out to God for your needs,for surely there is endless mercy and grace to satisfy our desires.

Mark 10:46-52
46 Then they reached Jericho, and as Jesus and his disciples left town, a large crowd followed him. A blind beggar named Bartimaeus (son of Timaeus) was sitting beside the road. 47 When Bartimaeus heard that Jesus of Nazareth was nearby, he began to shout, “Jesus, Son of David, have mercy on me!”
48 “Be quiet!” many of the people yelled at him.But he only shouted louder, “Son of David, have mercy on me!”

49 When Jesus heard him, he stopped and said, “Tell him to come here.”
So they called the blind man. “Cheer up,” they said. “Come on, he’s calling you!” 50 Bartimaeus threw aside his coat, jumped up, and came to Jesus.

51 “What do you want me to do for you?” Jesus asked.“My Rabbi,” the blind man said, “I want to see!”52 And Jesus said to him, “Go, for your faith has healed you.” Instantly the man could see, and he followed Jesus down the road.