Countries this and that 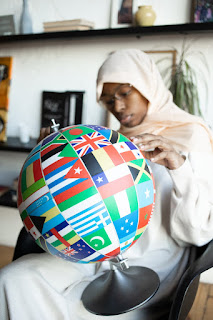 Hello and welcome to yet another post on a  Saturday,hopping your favourite football teams won today, if they didn't dont lose hope! Certainly hoping that you have been doing well. Today i am unpacking everything as long as it includes the word Country. Now you are wondering what i am trying to say, well just read this post to get the real meaning of it. As the advocate for everything that you think doesn't talk yet it does, i will speak on their behalf so that you hear their cries.
Aeroplane
Hie Mr Perfect my name Aeroplane the most loved mode of transport by the Universe. I am manufactured in different Countries which are China, Japan, USA, Brazil, France, Russia and Canada. Our mother manufacturing companies are Boeing business jets, Bombardier Aerospace,  Textoon Aviation,  Gulfstream Aerospace,  Airbus corporate jets, Embraer Empresa Brasileira DR AeronAutica and Dassault Falcon. I am so happy to meet with you on a special day like this, thank you Mr Perfect for the opportunity to introduce my self.
Wind Turbines
Greetings everyone my name is Wind Turbine. I am sometimes  referred to as a wind energy converter.I am a device that converts the wind's kinetic energy into electrical energy. We are manufactured in a wide range of vertical and horizontal axis. There are so many mother companies world wide that make us. These are Siemens, United power, Enercon, Miag yang, Nordex, General electric, Suzlon group,  Vestas, Goldwind, Envision Energy, Indowind energy and Orient green power.
Did you know?
Then Great Britain now England was the first country to industrialize Europe back in 1770s. Jesus Christ was born in Bethlehem which lies 10 kilometres south of City Jerusalem. India was the first country to reach mars. They landed on 24 September in 2014 after launching on 5 November 2013. Germany, Italy and Japan were members of the axis powers.
The tripartite act was signed on 27 September in 1940. United Kingdom was not originally in the European Union. Austria-Hungary, Bulgaria, Germany and Ottoman Empire were part of the Central powers. Liberia and Ethiopia are the only two countries in Africa that were not colonised.
Inventions
In this post i am going to discuss countries that invented mobile phones and online games. Nokia Mobile was first made in Finland on 12 May 1865. Oppo Mobile was made in China and launched in 2004. An online game Pubg was made in South Korea. Free fire an online game was made in 2017 by four Countries which are Mexico, India, Brazil and South East Asia. Samsung Mobile was made in Vietnam. Vivo mobile was made in China. Iphone was also made in China.
Know this
Zimbawe my home country uses spurt currency. Norway is the only country that uses faster internet with speed that is like 7g or 8g network. USA, UK, South Korea and Germany are the only countries using 5g network. Zimbabwe, Timor Leste, Ecuador, Panama, El Salvador and USA are the only countries that uses the dollar. Luxembourg, Slovenia, Germany, Italy, France, Portugal, Austria, Ireland are amoung countries that uses Euro as their currency.
Food for thought
Pakistan's country code starts with +92. Football is the national game in France. Basketball is the national game in Lithuania. Dog is the national animal of Mexico. Crow is the national bird of belgium.
My name is Nyasha Ernest Matanda and blogging is my burning desire