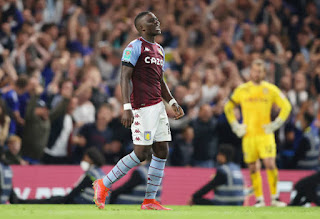 Aston Villa have struck an offer with the Zimbabwean Football Association which will see Marvelous Nakamba stay at Villa Park over the festive period.

The midfielder was arranged to join Zimbabwe's pre-Africa Cup of Nations training camp from December 23 onwards - a fortnight prior to the tournament officially begins in Cameroon.

Nakamba has actually been a standout player for Steven Gerrard over the last 4  games and displayed another fantastic performance in the win over Leicester last weekend.

Wellington Mpandare, Zimbabwe Football Association's general manager, has now explained of Villa's request to keep Nakamba for the Boxing Day fixture versus Chelsea and for the journeys to Leeds and Brentford on December 28 and January 2 prior to allowing the 27-year-old to compete in AFCON, with Zimbabwe in action against Senegal on January 10.

Marvelous Nakamba Is 'Shining Under Gerrard's System' At Aston Villa

Speaking with the Chronicle in Zimbabwe, Mpandare said: "Villa have actually written to us requesting for unique favours relating to the release of Nakamba. They requested that Nakamba stays with their team for their Premier League games and then they will release him on January 3rd.

"We looked into the matter and weighed the pros and cons. The fact that he will be playing competitive football at that level means a lot. It's because he is doing well at the moment and we also want him to bring his best form to the national team."

Mpandare added: "So we agreed to their request and Marve will be joining  with the camp a bit later on."

Nakamba and Zimbabwe remain in Group B together with Malawi, Senegal and Guinea while, somewhere else, it stays to be seen if Bertrand Traore and Trezeguet are called by Burkina Faso and Egypt respectively offered their injury problems.