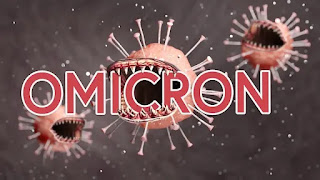 The World Health Organization (WHO) said COVID-19 cases increased by 11 percent worldwide last week when compared to figures from the week in the past, including that the surge saw its biggest rise in the Americas.

WHO reported 4.99 million brand-new cases from Dec. 20-Dec. 26 as cases have actually been on a consistent rise because October, according to The Associated Press.While Europe just saw a 3 percent increase in cases throughout the recently, it represented 2.84 million of the overall cases all over the world. Cases in the Americas were up 39 percent and accounted for 1.48 million of the worldwide case totals, including 1.18 million cases and a 34 percent increase in the U.S. alone, the AP reported.

The UN agency likewise reported that COVID-19 deaths were down by 4 percent internationally to 44,680.The Organisation kept in mind that the delta variant is the dominant stress of COVID-19 in parts of the world, however said that "consistent evidence" indicated that "the general risk related to the new variant ... omicron stays extremely high."

While the omicron variant, which was found last month in South Africa, is extremely contagious, research studies have actually suggested that it tends to cause more moderate COVID-19 infections. Specifically, it is thought to be notably less most likely to hospitalize people than the delta variant.