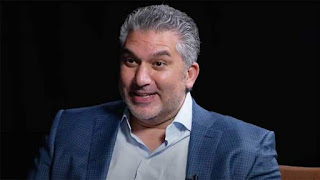 WWE's waves of releases over the past 2 years combined with publishing record profits has actually led some fans to believe that Vince McMahon and WWE president Nick Khan are attempting to place the company to where they can be offered to a significant media corporation in the near future. Khan consulted with the John Ourand of The Sports Business Journal today and was asked about that theory..

Ourand wrote, "Khan said the company has taken some inbound calls from companies seeking to purchase. However he worried that WWE is not in active conversations attempting to sell the business and is not actively wanting to offer.".

" If it as soon as was a mom-and-pop shop, Vince certainly didn't believe it was any longer," Khan stated relating to why McMahon employed him. "Part of what I believe he was searching for in bringing in someone from the exterior was to make sure the community at large didn't treat it that way. Our company believe we're a global content company.".

In a different interview with Ariel Helwani back in August throughout SummerSlam weekend, Khan was asked directly about the cause behind the releases. He explained, "I don't understand that there's one description for it," Khan said. "I believe ultimately what's looked at is, is this person-- for us-- going to move the needle now, or in the impending future. So, by the way, we had a tryout, a two-day tryout in Las Vegas which ended the other day.

Which Triple H, and Johnny Laurinaitis, and Bruce Prichard were all throughout, as were the rest people. We've signed over a dozen new talent coming out of that tryout. And I'm not recommending, "Oh that's why we cut the other talent." But we're always trying to find what's next. We live in today, we live in the future.

We don't live in the past. So when people leave, and they move on with their life and their professions? That's great by us. For us, it's what works for us and our product at that moment in time, and again, what's gon na work down the road. And mostly in part the existing roster is based on that.".

The total variety of releases in 2021 eclipsed 80 wrestlers and an unknown variety of workers. The first week of 2022 saw another round of cuts, this time including Samoa Joe, NXT General Manager William Regal and WWE Hall of Famer Road Dogg.