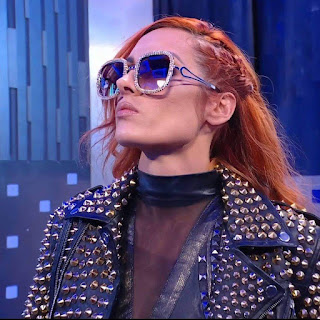 Becky Lynch took to Instagram on Monday to reveal that she had suffered a fractured voice box following a WWE Live Event in Allentown, PA on Sunday. Lynch participated in a triple threat match against Rhea Ripley and Belair, the latter of whom she blamed for the injury. Lynch composed, "Unfortunately I will not be at #WWERaw tonight. Not just did Bianca whip me mercilessly with the prohibited weapon that is her hair last week, however last night in the main event of #WWEAllentown she tried to remove my biggest weapon, the spoken word, by fracturing my voice box. She can't keep me down that quickly. I'll be coming for her next week. You can't spell Wrestlemania without I !!!!!".

Lynch returned from having her first kid, a child named Roux, at SummerSlam and has been working as a heel since. Nevertheless, she later confessed in an interview with Ryan Satin on Out of Character that she nearly thought about retiring after ending up being a mother.

" Sometimes I believe I'm a glutton for punishment because I love a challenge. So, stepping away, I knew that I 'd be losing my top spot, but then it was a challenge!" Lynch stated at the time. "And I think I imagine everything as a 'Rocky' montage, right? So, returning, I'm simply always like, 'How can this be a 'Rocky' movie?' So, I like that challenge of disappearing, being away for a year and a half, then coming back and wondering if I was still going to be able to go. If I still wanted to go. If everything was going to change and possibly I would just want to be at home. I didn't understand. I didn't know how anything was going to go, however I believe if anything, it simply made me hungrier."

" Yeah, most likely," she continued when asked if she was unsure about a comeback. "I was probably 60 percent sure that I was going to come back. But, you know, there is that 40 percent. I do not know how I'm going to be as a mom. I understand how I am as a single woman, with no other real concerns-- however as a mama, and as a person who's in charge of this small little infant, I didn't know how I was going to be. I didn't understand if it was going to change me a lot that I was like, 'You know what? Possibly I just want to be at home now.' I do not simply wish to be at home now."