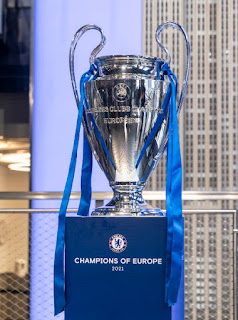 The Champions League quarter-final draw has been made with Real Madrid set to take on against Chelsea and Manchester City squaring off against Atletico Madrid. The other two ties are Benfica vs Liverpool and Villarreal vs Bayern Munich.

We likewise discovered all 8 sides' prospective path to the final at the Stade de France with the structure of the semi-final ties likewise being decided.

In the last-four, either Man City or Atletico will face one of Chelsea or Real Madrid, while the winner of Benfica vs Liverpool will take on Bayern or Villarreal for a chance at the Champions League trophy.

Unlike the round of 16, this was an entirely open draw, so any two teams could have been assembled regardless of whether they squared off in the group stage or are from the same nation.

Here are the dates you require to note down in your calendar .

This season's Champions League final will be held at Stade de France in Paris on Saturday 28 May.