ExxonMobil to phase out Russia operations 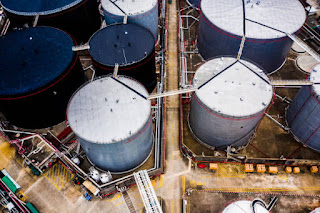 ExxonMobil on Tuesday revealed it would cease operations of a crucial oil and gas project in Russia, along with stopping any additional financial investments in the nation, in response to the nation's intrusion of Ukraine.

In a press release, ExxonMobil said it would begin "establishing actions to exit" the Sakhalin-1 project, which produces overseas oil and natural gas around Russia's Sakhalin Island.ExxonMobil said the decision was made because it "supports the people of Ukraine as they look for to defend their freedom and determine their own future as a nation."

" We deplore Russia's military action that breaks the territorial stability of Ukraine and endangers its people," the company stated in the press release. "We are deeply saddened by the loss of innocent lives and support the strong global response. We are totally adhering to all sanctions."

ExxonMobil operates the oil and gas project, which is estimated to have 2.3 billion barrels of oil and 17.1 trillion cubic feet of gas in reserves, according to business data.The oil and gas business has a 30 percent share in Sakhalin-1, while 2 Russian affiliates have a combined 20 percent stake. A Japanese consortium and an Indian oil and gas corporation also have stakes in the project.

ExxonMobil joins other energy companies, including BP and Shell, in cutting ties with Russia after it invaded Ukraine and introduced a full-out assault on its next-door neighbor last week.Russia also lost another significant energy financial investment when President Biden Joe revealed sanctions on the Nord Stream 2 Pipeline to Germany.ExxonMobil will not invest in any new projects in Russia, according to the release.

The business showed it could take some time to take out of the Sakhalin-1 project, as executives need to deal with partners to unwind operations.But ExxonMobil stated it was the right choice to make."As operator of Sakhalin-1, we have a responsibility to make sure the security of people, defense of the environment and integrity of operations. Our role as operator goes beyond an equity financial investment," the release said.