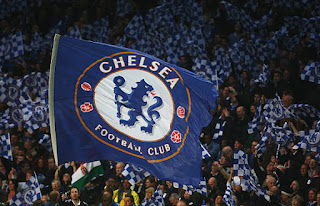 Chelsea were no place near their finest at the Stade Pierre-Mauroy however still handled to book their place in the Champions League quarter-final with an awful 2-1 win over Lille.

The home support was deafening in the early stages and Lille used that to their advantage early on. Their high press was a problem for Chelsea and only a smart block from Thiago Silva avoided them from falling behind to Burak Yilmaz inside 10 minutes.

It took Chelsea about 20 minutes to in fact turn into the game. Specific chances were at a premium but Thomas Tuchel's men began actually asking concerns of the Lille backline.Lille responded well, however, and got the chance to take the lead from the penalty area 36 minutes in after VAR captured a handball from Jorginho. Up stepped Yilmaz, 1-0.

Against the run of play, Chelsea nabbed an equaliser through Christian Pulisic, who slotted on to a fantastic ball from Jorginho to restore his side's two-goal lead heading into the break.

With the crowd growing uneasy, Lille weren't as hot to start the second half however came within inches of taking the lead again early on. Jonathan Bamba's fast feet set up a cross for Yilmaz, whose header had Mendy rushing to see it large.

Xeka then struck the post with a header just a couple of minutes later, reminding Chelsea that this tie was far from over.

With 20 minutes to go, Chelsea made certain that it was over.An outstanding team goal ended with an excellent cross from Mason Mount and a shabby surface from Cesar Azpilicueta to put Chelsea ahead on the night and three goals clear on aggregate.That strike sucked the life out of the game and Chelsea hung on to book a place in the next round.