Covid-19: 13-month curfew comes to an end in Equatorial Guinea 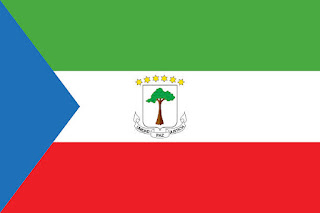 Equatorial Guinea on Tuesday raised its 13-month which was targeted at avoiding the spread of Covid-19 and increased the number of worldwide flights permitted. The nation however maintained certain restrictive measures consisting of the wearing of masks.

This state has been reasonably spared by the pandemic compared to others in Africa and specifically on other continents. To date, only 15,898 positive cases and 183 deaths formally revealed in two years, on a population of nearly 1.5 million occupants.

The curfew enforced in February 2021 from 7pm to 6am "is lifted throughout the national territory and global flights by airline companies are increased to 4 flights each week and per business," according to a decree released Tuesday on the main government site. "Since the end of January, the rate of infection has decreased substantially with an existing positive rate of 0.2%," the decree checks out.

The government is for that reason authorising the reopening of discos, casinos, bars, parks, restaurants, swimming pools, beaches and other public facilities at night, however preserving an optimum attendance limitation of 50% and the responsibility to produce evidence of a total vaccination cycle for those over 18.

Equatorial Guinea had suspended all worldwide flights on 6 December 2021 in an attempt to prevent the entry of the Omicron variant and then permitted a maximum of two international flights per week per airline from 2 January 2022.
Malabo had actually likewise made the vaccine compulsory on 17 September 2021 for all civil servants and anyone wanting to enter an administration to perform treatments, measures that remain in force.
To date, 42% of the target population has actually received the first dose of vaccine and 32.4% 2 dosages, according to the government.