National Guard member who vanished in Texas river is recognized 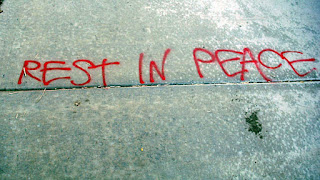 Bishop Evans, 22, who disappeared Friday while attempting to save migrants, was a field artilleryman designated to a routine in New Braunfels.

A Texas National Guard member who disappeared while attempting to conserve migrants having a hard time to cross the Rio Grande was identified Sunday as a 22-year-old man who signed up with the service 3 years earlier.

Bishop Evans of Arlington was identified by the Texas Military Department as a field artilleryman assigned to a routine in New Braunfels, outside San Antonio.

Evans was serving on Operation Lone Star in Eagle Pass, about 140 miles southwest of San Antonio, when he jumped in the river Friday in what the department called a "selfless" effort to save 2 migrants who seemed drowning.The department accused the migrants Saturday of being involved in drug trafficking. They were in the custody of U.S. Customs and Border Protection, the department stated.

It wasn't instantly clear whether they have attorneys to speak on their behalf.

Evans formerly served in Kuwait and Iraq, where, the department stated, his "commitment, skills and tactical prowess" were utilized in support of U.S. special forces.