Not Guilty:Officers who pinned California man for 5 minutes cleared 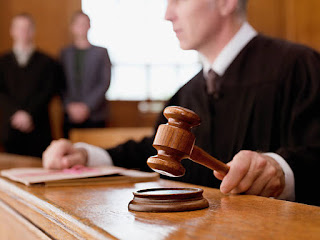 The officers' use of force and choice to apprehend and arrest Mario Gonzalez was "objectively sensible," authorities said.

Alameda Police attempt to take 26-year-old Mario Gonzalez into custody on April 19, 2021, in Alameda, Calif. The video goes on to reveal officers pinning Gonzalez to the ground during the arrest that ended in his death.Alameda Police Department through AP.

Three police officers whose fatal encounter with a man in a Northern California park in 2015 drew contrasts to George Floyd's murder were cleared in a criminal inquiry, authorities said Thursday.

A 40-page report from the Alameda County District Attorney's Office concluded that the officers' choice to detain and arrest Mario Gonzalez, 26, at an Alameda park on April 19, 2021, was "objectively reasonable," the city of Alameda said in a statement.

The officers' use of force was also sensible "considering the agency policies, the totality of the situations and the officers' specified rationale," the statement states.

" Mr. Gonzalez did not pass away due to asphyxiation, nor did he grumble to the officers that he might not breathe," the report says.In its statement, Alameda authorities called Gonzalez's death "tragic" and said the 3 officers would stay on paid administrative leave while an independent examination for the city continues.

In a statement Thursday, attorneys for Gonzalez's family called the report "shameful" and stated it remains rare that police "who eliminate unarmed people of color in this country ever face criminal effects. The only people who hold officers who commit these criminal offenses liable are typically the victims' families, in federal civil liberties cases.".

A legal representative for the family, Julia Sherwin, has previously said that what killed Gonzalez "was the Alameda policeman requiring him down in the dirt, putting their body weight on him and pinning him down.".

In December, Gonzalez's death was ruled a murder and the local coroner's workplace associated his death to the "harmful results of methamphetamine." The tension of the fight combined with alcoholism and morbid obesity contributed to his death, the official stated.

The encounter began when officers were called to a park after 2 reports of a man who seemed under the influence and a suspect in a possible theft. A physical conflict tape-recorded on body cam followed that showed an officer putting an elbow on Gonzalez's neck and another appear to put a knee on his back.Gonzalez could be heard gasping for breath, stating: "I didn't do nothing, OK?".