Rwanda: 28th anniversary of Genocide against the Tutsi 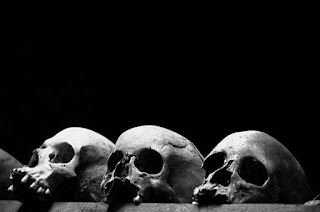 Rwanda's president Paul Kagame and his spouse Jeannette Kagame light the flame of remembrance at the Kigali Genocide Memorial in Kigali, Rwanda.

28 years ago, the civil war in Rwanda emerged. A dispute that caused the death of more than 800,000 Tutsis and moderate Hutus in just 100 days.

This year, the African Union chose the theme 'Remember-Unite-Renew' and declared its commitment to prevent and battle genocide on the Continent.

On April 7, the president of Rwanda Paul Kagame, lit the remembrance flame at the Kigali Genocide Memorial, where more than 250,000 victims rest. National grieving will last up until April 13 while celebration activities will go on up until July 3. They will be lasting 100 days, the length of the dispute back in 1994.

This civil war started a day after a mysterious plane crash claimed the lives of the presidents of Rwanda and Burundi. For over two decades, historians, local and worldwide judicial detectives worked on the dispute and nevertheless, the extent and scenarios of this accident and the following massacres continue to raise questions.Especially amongst those who left and outlived the genocide.

Belgium and particularly France have been singled out for their relationship with the Hutu extremist regime who butchered the Tutsis and moderate Hutus. In 2021, President Emmanuel Macron stated France "had a role, a history and some political obligation" a first amongst French leaders. Nevertheless, Macron did not state France played an active part in what is considered to be one of the worst genocides of modern-day history.