War in Ukraine: 'I saw a Russian soldier shoot my daddy dead in Bucha' 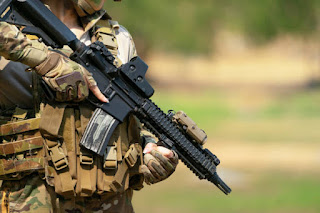 Yuriy and his dad, Ruslan, were attempting to get humanitarian help when a Russian soldier stopped them.

At around 11:00 on 17 March, Yuriy Nechyporenko and his daddy, Ruslan, were biking to Bucha's administration structure where aid was being given out. Electricity, gas and water had been cut, and essentials remained in short supply in the town, among the first to be occupied by Russian forces as they bore down Ukraine's capital Kyiv.

Yuriy and his daddy hoped to pick up some medicine and food. Yuriy said a Russian soldier stopped him and his daddy on Tarasivska St. They immediately raised their hands.

Talking to the BBC by phone together with his mom, Alla, the 14-year-old offered his account of what happened next. "We told them that we weren't carrying any weapons which we didn't posture any danger," he said.

" Then my dad turned his head my way, which's when he got shot.He was shot two times in the chest, right where the heart is. Then he fell."

At that point, the teen stated, the soldier shot him in his left hand and he fell too. While he was on the ground, he said, he was shot again, this time in the arm.

" I was pushing my stomach, I couldn't see anything that was occurring around me," Yuriy said. The soldier, he said, shot again, targeting at his head." [But] the bullet went through my hood."

Yuriy said the soldier shot again, this time at his daddy's head. However Ruslan was currently dead. "I had a small panic attack, lying there with my wounded arm underneath me. I saw that my hand was bleeding," he said.It was only after a while, when the soldier went behind a tank, that Yuriy got up and ran, he stated.

The BBC has not separately confirmed the details of Yuriy's account, but it comes as evidence grows of atrocities dedicated by Russian forces while they were in control of Bucha and other towns north of Kyiv.

In Bucha alone, bodies of dead men were discovered lying on the street, lots of with substantial wounds. Some had actually been shot through the temple, as if executed. Others had their hands or legs tied behind their backs. Some had actually clearly been run over by tanks.

Many of the bodies were seen along a stretch of Yablonska St, just 2km (one mile) from the street where Ruslan is stated to have actually been killed.

Yuriy's mother Alla informed the BBC how she had actually gone to see her spouse after the teenager returned home and informed her what had taken place. She believed Yuriy could be incorrect, and that Ruslan was wounded, in need of medical help." My boy pled me not to," Alla said. "He stated they would kill me too."

When she tried to stroll down the street, she said, her neighbours stopped her." [They] told me not to go further, saying the Russians were killing everybody in the areas under their control."

The next morning, Alla got her mom to help. Wearing white scarves, they went to the site of the shooting. Her mother spoke to Russian soldiers and they managed to get through. They finally gathered Ruslan's body, and brought it home.

A photo of the partially covered body, taken by Alla and shown the BBC, appears to confirm Yuriy's testament. It shows a gunshot wound to the best side of the chest, near the heart.

Ruslan, an attorney, was 49 when he was killed. He was "active in the community," Alla said. "He could not just being in the shelter and wait. So, he was offering and assisting people."

They buried him in the garden of the family home.Yuriy said the soldier who killed him was clearly Russian. His uniform was dark green, he stated, typical of the Russian army. "I saw that on his flak coat it was written 'Russia' in Russian," he said.

" We were no risk to the military, we were civilians, wearing white scarves to reveal that," Yuriy stated. "It's extremely foolish."