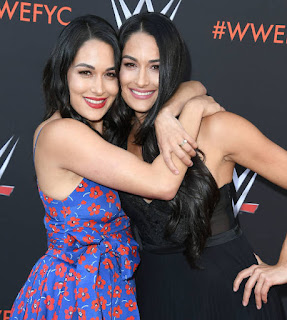 Nikki Bella hasn't wrestled on a full-time basis since 2019, typically pointing out health issues regarding her neck injuries and surgeries. But the former Divas Champion was back in action alongside her sister at this year's Royal Rumble pay-per-view and, based on her recent remarks, she's going to continue popping up as long as medical professionals will permit it. She was asked about going back to WWE again throughout a Q&A this week for America's Got Talent: Extreme.

" So I get this concern a fair bit-- if I will go and wrestle in the near future," Bella stated. "As long as the medical professionals say yes. Especially with my sister. When we left is when they generated the tag titles. I kinda would like it more when my kid resembles 3 or 4. A dream of mine, particularly as a woman, is to have among the best matches of my profession with my child sitting ringside and resembling, 'that's my mama.' I really would love to return one day with my sibling, fight for the tag titles, win them in front of our kids. That would be fantastic.".

She discussed her Rumble return in an interview with TVInsider back in February-- "It was so unbelievable. Brie and I had a minute where we were selling on the ground during the Rumble. We were believing, 'This is so amazing.' We simply didn't want it to end. We didn't want to get out. It felt amazing. We were nervous initially since we hadn't been in the ring for 3 years. You can go and practice, however there is nothing like a live crowd and going full at it. It resembled riding a bike. We didn't need to say a word. We didn't miss out on a beat.".

" We really hope there is an opportunity to go after the tag titles," she later included. "Being in the ring with Bianca Belair, I would like to come back and deal with Bianca. I would enjoy to come back and deal with Rhea [Ripley] I'm a big fangirl of hers. Just seeing her presence in the ring-up close, I would die to do a story with her. It felt so cool to be in the ring once again with Ronda [Rousey] She is just awesome and has an amazing presence.

We all had a great deal of fun in the locker room after. I truly missed it, but I'm in mommy mode and things are different now. I was sore for a couple of days. I can't lie. The show made me think of how we can return and do more of a story. Regrettably, where we are at in our lives Brie and I can never be back full-time. We hope there is something quickly or in the future that we can return and do something. Simply getting the taste in the ring made us want more.".