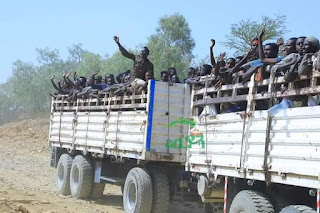 Rebels from Ethiopia's northern Tigray region have revealed that they are releasing more than 4,200 prisoners of war, almost 2 months after they accepted observe a "humanitarian truce" declared by the federal government.

The Tigray People's Liberation Front (TPLF) said in a 20 May statement that it had actually chosen to release the detainees after conversations with the African Union's special envoy, Olusegun Obasanjo, who has been leading efforts to moderate in between the warring parties. A lull in battling permitted the largest help convoy since the March truce to get here in Tigray this past weekend, buoying wish for peace.

" [P] er the guarantee we made to Chief Obasanjo, we have actually chosen to release 4,208 prisoners of war," the rebel group said. The TPLF stated it had consented to take "confidence building measures" towards a "serene resolution" of Ethiopia's 18 month-long civil war.