Senior Chelsea stars to feature in U23 relegation decider 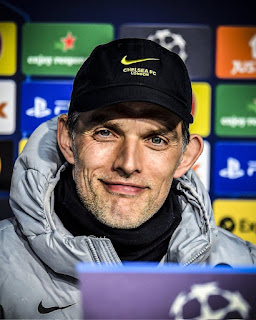 Chelsea manager Thomas Tuchel has declined to eliminate the possibility of members of his first-team squad featuring in a crucial trip for the club's U23 outfit this weekend.

For those not mindful, the Blues' up-and-coming crop of academy talent are currently in the midst of a fight against the drop.

Just a year on from finishing as runners-up to Manchester City in the Premier League 2 table, Andy Myers' troops have actually seen their form fall off a cliff, now sitting 2 points from safety with a solitary game to play.

With Leeds United above them having currently seen out their 26th and final getaway of the season, though, Chelsea are aware that a success over capital rivals Tottenham on Sunday would see them stave off relegation by a singular point.

And, as mentioned above, if the current comments on the part of Thomas Tuchel are anything to go by, then the survival hopes of the club's U23s could yet be afforded a major increase, by none besides the Pensioners' senior stars.

When made use of the precarious scenario dealing with Myers' side on Friday, Chelsea's boss confirmed that he is ready to think about enabling 'some players' from his team to feature at Cobham in 48 hours' time:

" Of course, we hope for the absolute best and at the same time we play here with the under-23s, an important match to avoid relegation and it will perhaps include some players for us we will see what is on Saturday."

Tuchel's comments obviously come ahead of the German directing his own troops back into action tomorrow afternoon.

Fresh off a worrying defeat at the hands of relegation-battling Everton last time out, Chelsea are set to welcome Wolves to Stamford Bridge on Saturday, eyeing a quick return to winning methods.

Such efforts, though, will come sans the services of a number of essential entertainers, with the Blues' boss having actually validated earlier today that all of N'Golo Kante, Jorginho, Callum Hudson-Odoi and Ben Chilwell have actually been ruled out through injury.