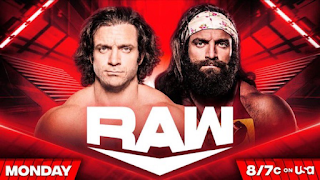 WWE took the Elias/Ezekiel storyline to new heights on this week's Monday Night Raw, bringing "The Drifter" back to the Red Brand for a special performance. Prior to the segment, the show aired an unique backstage experience between the two "brothers," which was doctored to appear like they were both being in the exact same room while Ezekiel work a phony beard to return to his old personality. Once Elias' concert began, Kevin Owens interrupted to attempt and call him out only for Ezekiel to speak through the Titantron from the backstage location.

After getting smashed in the back with a guitar, Owens challenged either brother to a match next week and saw Ezekiel (much to Owens' shock) arrive and accept the challenge. WWE fans were definitely loving the entire scene play out and required to social networks to speak about it.