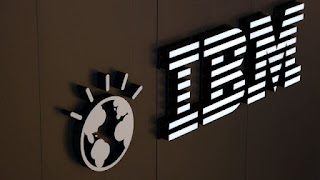 IBM is laying off its whole personnel in Russia after suspending operations there in March, according to an internal memo revealed on Tuesday. IBM CEO Arvind Krishna says the tech company is leaving the nation after Russian President Vladimir Putin's choice to attack neighboring Ukraine on Feb. 24, a war that's still raging today without any end in sight. "Several hundred" people are expected to lose their jobs, according to IBM.

" We picked to suspend operations so that we could evaluate longer-term options while continuing to pay and attend to our workers in Russia. As the consequences of the war continue to mount and uncertainty about its long-lasting implications grows, we have now made the decision to carry out an organized wind-down of IBM's business in Russia. We see this move as both ideal and needed, and a natural next action following our business suspension," Krishna stated in the memo.

The internal memo was sent to personnel on May 30 but was only made public on Tuesday. Krishna fasted to note that its workforce in the nation did nothing wrong, though the CEO utilized awkwardly euphemistic language to describe laying off so many people: Krishna called it a "separation.".

" This procedure will commence today and lead to the separation of our local labor force. Our colleagues in Russia have, through no fault of their own, withstood months of tension and unpredictability. We acknowledge that this news is tough, and I wish to assure them that IBM will continue to wait them and take all reasonable actions to provide support and make their transition as orderly as possible," Krishna wrote.

The war in Ukraine has actually officially seen 3,381 civilians killed and 3,680 injured, according to the United Nations, though the genuine death toll is believed to be much higher. Over 4.7 million refugees have actually left Ukraine since the start of the war and are presently in Europe, according to the current figures from the United Nations. IBM notes that its employees has donated almost $2 million to the International Red Cross in response to the crisis.

" I would likewise like to again thank IBMers all over for all you have done to assist our business, customers and communities navigate this crisis. Your spirit and generosity have actually made a difference, and you need to look no more for proof than the nearly $2 million in donations that have been made to the International Red Cross thanks to your private presents," Krishna continued.

" We remain joined in our wish for an end to this war and the remediation of peace.".