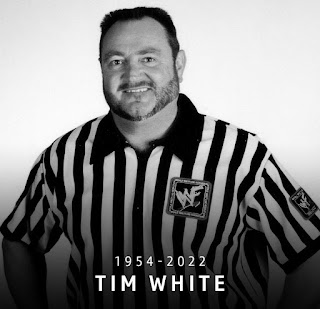 Tim White, a former WWE referee who worked with the company for over 20 years, passed away at the age of 68. WWE released a declaration soon after the news broke, writing, "WWE is distressed to learn that veteran referee Tim White has actually died. For more than twenty years, Tim White was a dedicated WWE referee and official. White started his renowned profession in 1985 working with Andre the Giant and as a part-time referee.

Throughout his tenure, he was the referee for some of WWE's greatest matches, including the notorious Hell in a Cell Match in between Undertaker and Mankind at King of the Ring 1998."

"WWE extends its condolences to White's family, pals and fans," the declaration concluded.