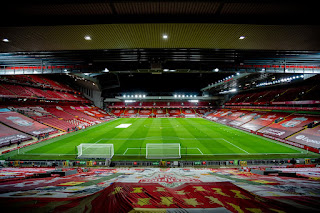 Liverpool pair Andy Robertson and Diogo Jota have both got injuries while on Nations League duty with their particular countries.

The Liverpool squad is set to reconvene for pre-season training in simply 3 weeks' time, but manager Jurgen Klopp may currently be facing a variety of physical fitness issues contributed to the tiredness that will likely come with the early start.

A scan has revealed a thigh injury for Portugal's Jota after he experienced muscle pain following the Selecao's defeat to Switzerland on Sunday.

The forward had been introduced as a second-half substitute in what was his country's final match of a marathon four-game international window straight off the back of the club campaign.

A declaration from the Portuguese Football Federation said Liverpool have been informed of the concern and the player has gone through treatment in Switzerland.

Meanwhile, left-back Robertson has actually not taken a trip for Scotland's Nations League clash with Armenia on Tuesday having actually suffered an undefined injury.

This is likewise the Scots' fourth match of the break following their World Cup play-off defeat to Ukraine and subsequent games against the Armenians and Ireland.

A number of players from across Europe - consisting of Kevin De Bruyne, Gareth Bale and Luka Modric - have been outspoken in their criticism of the scheduling of this batch of Nations League games, which began just days after the Champions League final between Real Madrid and Liverpool brought the curtain down on the club campaign.