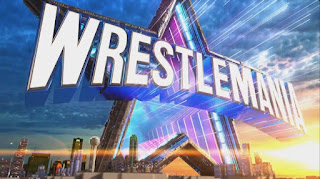 WWE WrestleMania 38 is the first Showcase of the Immortals to eclipse $200 million. As validated by Dallas Mayor Eric Johnson and Arlington Mayor Jim Ross (not to be blended with WWE Hall of Famer Jim Ross), WrestleMania 38 produced $206.5 million in financial impact for the Dallas and Arlington regions of Texas. These figures originate from a study performed by the Enigma Research Corporation.

For the 3rd consecutive season, WrestleMania was a two-day event, as it happened on both April 2 and 3 inside AT&T Stadium this year. This full weekend of festivities garnered the praise of the Dallas Cowboys, as Chief Brand Officer Charlotte Jones offered her congratulations on behalf of AT&T Stadium's home team.

" On behalf of the Jones family and the entire Dallas Cowboys company, we congratulate WWE on their turning point success of WrestleMania at AT&T Stadium," stated Jones. "We were honored to partner with WWE and their Superstars to return to the community in a wide range of ways during WrestleMania Week."

Mayor Ross likewise offered his applause, including his aspirations for WWE to go back to AT&T Stadium for another WrestleMania in the future.

" On behalf of the city of Arlington, we congratulate WWE and their fans for going beyond $200 million in financial effect for the first time in WrestleMania history," Ross stated. "We are glad to have actually shared this success and look forward to the chance for AT&T Stadium to host a future WrestleMania.".

WWE WrestleMania 38 generated an overall of 156,352 fans throughout its 2 days of shows, with viewers coming from all 50 states and 53 nations. As revealed in WWE's statement, 67% of WrestleMania 38 attendees were from outside the Dallas/Arlington area, and remained in the only star state for an average of 3.5 nights. Over $25 million was spent on hospitality for those extended stays. With all elements thought about, the economic impact that originated from WrestleMania 38 was the equivalent to the creation of 1,777 full-time jobs for the Dallas/Arlington region.

" We are thrilled that WrestleMania's go back to complete capability generated stupendous record results for our partners in Dallas and Arlington, showcasing the ongoing growth for WWE's largest yearly event," said WWE Executive Vice President of Special Events John P. Saboor. "This success would not have actually been possible without the vigorous support of Mayor Johnson, Mayor Ross, Charlotte Jones and the entire Jones family, the Dallas Cowboys organization, Dallas Sports Commission, American Airlines Center and the rest of our public and economic sector partners throughout the region. We now turn our focus to next year's WrestleMania in Hollywood.".