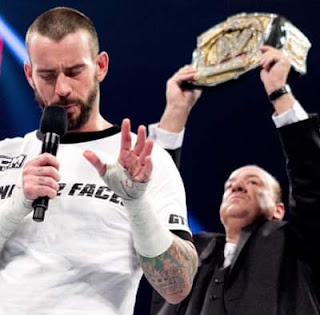 Paul Heyman and CM Punk had a working relationship behind-the-scenes and on-camera that lasted for several years while the pair were both in the WWE. However while Heyman is back with the business working alongside the likes of Roman Reigns and Brock Lesnar, Punk has emphatically put the WWE behind him and finally returned to wrestling after seven years to sign up with AEW.

Heyman was a guest on this week's The Ringer Wrestling Show and was inquired about Punk, particularly what he considers his run up until now. Heyman changed the concern into what he's looking for as the years pass for Punk, arguing that up until now he's been riding a wave momentum developed by the nostalgia and excitement of his arrival last August..

" I do not know if what he's doing now is where he ought to be judged," Heyman began. "What will be interesting is what happens when the nostalgia wears off both for the audience and for him. I'm sure for him, this is still, 'I can't believe I'm back! Wow, I'm actually strolling into an arena!' I believe it's still extremely fresh for him. What takes place a year from now? How's he going to feel? How will the audience take a look at him and accept him in a year? If he can continue to drive himself to be a progressive, compelling, fascinating character on the cutting edge that provides himself in a various manner than anyone else can provide themselves then he's gong to be an interesting character to see.

And if he can't, then he's going to be somebody that returned, rode a wave of nostalgia however didn't progress into the future when he as a rebel was always looking forward in business and never trying to live off what the business had currently accomplished or what he had already achieved in the business.

" So the remarkable thing for me to watch is his frame of mind, his vision for that character, for that persona, for himself as a performer a year from now," he continued. "We're still in the honeymoon duration. Where does he want to take this person? Where does Phil Brooks wish to take CM Punk. It's the exact same conversation I had Roman Reigns before we debuted in public together. It was taking 'The Big Dog' and moving him into the role of 'The Tribal Chief.' Whatever you've done just leads up to now .

For Phil Brooks that's the same thing. Whatever that he achieved, and he achieved a lot, he overcompensated from the minute he burglarized this industry, and whatever that led up to a year from now including his return and the massive reaction to his return is simply the lead-up.

Where does he take the CM Punk character in 2023, 2024, 2025? And can he make that character so progressive, so innovative, so evolutionary, so captivating, so compelling, so different and unique than anyone that's out there that he genuinely defines himself as a transformative figure, a real disruptor in the professional wrestling/sports-entertainment game? That's the intriguing part to me. What he's doing now, no matter how hard he's working, he's simply riding that wave momentum.".