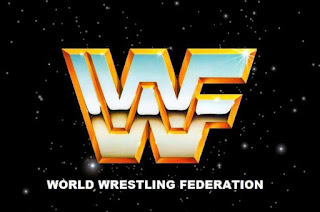 Vince McMahon when told Mario Mancini that he would get a $100 fine every time he was caught flirting with female fans at WWE events.

Mancini appeared in WWE between 1984 and 1991. The wrestling legend dealt with several high-profile super stars during that time, including Bret Hart and Randy Savage. He likewise worked as The Undertaker's first televised WWE opponent.

Speaking on the Cheap Heat Productions Podcast, Mancini recalled how he attempted to speak to women outside an arena in Brantford, Ontario. Nevertheless, his attempt to find someone to reclaim to his hotel room failed amazingly when McMahon appeared:

" All of an unexpected, everybody stops smiling," stated Mancini. "I go [to turn around] and it was Vince, and he goes, 'What are you doing, Mancini?' I said, 'Nothing.' He goes, 'Are you here to work or are you here to get laid?' I stated, 'I try to accomplish both.' He goes, 'Every time I see you outside of the dressing space, it's gon na be 100 dollars.'".

Mancini ran back to the dressing room, where he told former WWE co-worker Paul Roma what had actually happened. Looking back, he discovers it ironic that he entered difficulty when, in reality, Roma was the real "playboy" on the roster at the time.

According to wrestling statistics database Cagematch.net, Mario Mancini competed in 109 telecasted matches during his seven years in Vince McMahon's business.

His last match on WWE television ended in defeat against The Big Boss Man on the December 8, 1991 episode of Wrestling Challenge.

As The Undertaker's first opponent, Mancini recently said he wishes to receive a welcome to The Deadman's WWE Hall of Fame ceremony. Although it has actually not yet been verified, lots of have hypothesized that the WWE icon might become a Hall of Famer in Dallas, Texas this year.