France confirms Mali's departure from the G5 Sahel is regretable 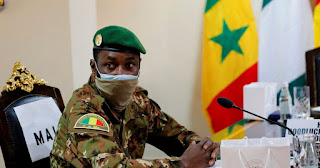 France on Tuesday "regretted" Mali's departure from the local Sahel organisation G5 Sahel, saying the choice compromised regional efforts to fight terrorism and reflected the "seclusion" of the judgment junta in Bamako.

The Malian authorities, at loggerheads with France and more broadly with European nations, revealed on Sunday that they were leaving the G5 Sahel and its anti-jihadist force, accusing the organisation of being "instrumentalised" by "the outside world".

" Like the European Union, France regrets this decision, which calls into question local cooperation efforts to eliminate terrorism and promote advancement, and once again shows the seclusion of the transitional Malian authorities," the Quai d'Orsay spokeswoman stated in an electronic press instruction.

After Mali's revealed departure, the regional Sahelian organisation created in 2014 and whose force is made up of about 5,000 soldiers since 2017, is minimized to 4 nations: Mauritania, Chad, Burkina Faso and Niger.

This departure more isolates Mali from its neighbours as Bamako has actually been the target of economic and diplomatic measures by West African states since the start of the year to sanction the junta's intent to stay in power for several more years, after 2 putsches in August 2020 and May 2021.

It also comes after the junta announced in early May completion of the 2014 cooperation treaty with France, as well as the 2013 and 2020 arrangements setting the legal structure for the existence of the Barkhane anti-jihadist force and the Takuba grouping of European special forces, initiated by France.

Relations with Western states are weakening as Mali relies on Russia. France and its allies accuse the junta of using the questionable Russian personal security firm Wagner, which Bamako disputes.

Inquired about a foiled putsch attempt announced by the Malian authorities, Paris said it had "no information on this subject".