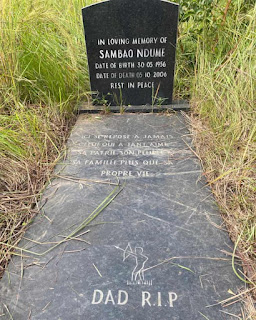 Zimbabwe has actually denied harbouring the Rwandan genocide fugitive Protais Mpiranya after it emerged that he passed away in 2006 and was buried in the country after living there for four years.

The 20-year manhunt for one of the world's most ruthless killers came to a decisive end in an overgrown cemetery outside Harare, but Zimbabwean authorities state they did not conceal his location.

" As an obedient nation, Zimbabwe will never ever harbour lawbreakers and invites findings from the DNA samples extracted from the fugitive," foreign affairs minister, Frederick Shava, said in a declaration on Sunday.

He added that the government of Zimbabwe cooperated with UN investigators into Mpiranya's case.

" The government of Zimbabwe wishes to clarify some current media reports that are circulating insinuating that the government was harbouring the most wanted Rwandese fugitive, Protais Mpiranya, whose remains were allegedly found in Zimbabwe under the alias Ndume Sambao," the declaration read.

The tomb were Protais Mpiranya, fugitive Rwandan genocide suspect was buried under a false name.The body of Mpiranya, a previous leader of the Rwandan presidential guard prosecuted for genocide, lay buried under a stone slab bearing a false name, which UN investigators tracked down and related to the help of a lead discovered on a confiscated computer system-- the hand-drawn design for Mpiranya's tombstone.

His remains were exhumed last month at the demand of UN private investigators, and his identity was verified by DNA analysis on Tuesday.

Zimbabwean authorities insist that they cooperated with the examination by the organisation charged with locating fugitive wrongdoers, the International Residual Mechanism for Criminal Tribunals (IRMCT), including that Zimbabwe joined a taskforce to coordinate the questions.

" From the first day, Zimbabwe complied totally with the investigation team," the declaration read. "The Zimbabwean authorities have consistently complied and complied with the nation's global legal commitments.".

Authorities in Harare stated they were involved in the exhumation of Mpiranya's remains and authorised DNA samples to confirm his identity.

Nevertheless, the government's claim will raise some eyebrows among those who have actually followed the search. Investigators have actually long presumed the fugitive of concealing in Zimbabwe and have actually made repeated attempts to convince local authorities to turn over Mpiranya, investigate his activities or provide evidence of his death.

As early as December 2010, detectives reported to the UN security council that Mpiranya had connections with Zimbabwe and had lived there for long periods.

In 2012, under pressure from Kigali, Zimbabwean authorities admitted that the fugitive could be on their territory and vowed to discover him "dead or alive". The concern of his presence in Zimbabwe was gone over in parliament, and local media noted possible aliases and addresses connected with him.

Officials from the IRMCT took a trip to Zimbabwe months after President Robert Mugabe was forced from power in November 2017 in the hope that the new government would show more helpful.

However, in 2020, Serge Brammertz, prosecutor of the IRMCT, told the security council that in spite of reputable evidence of the whereabouts of key fugitives, the absence of cooperation from governments remained a difficulty, especially in east and southern Africa.

According to the IRMCT, Mpiranya fled to Zimbabwe in 2002, where his entry was helped with by local authorities. He then brought associates and family to Zimbabwe, along with a series of "trusted subordinates". For 4 years, Mpiranya had the ability to avoid arrest in Zimbabwe, where he lived in a wealthy location of Harare, and "continued his engagement with Zimbabwean military officials" while also receiving a series of visitors from abroad.