400,000 solar-powered umbrellas sold at Costco recalled due to fire danger 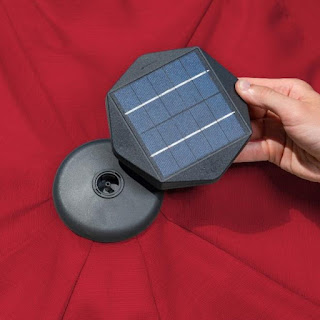 Costco has recalled about 400,000 of SunVilla Corporation's Solar LED Market Umbrellas, according to the United States Consumer Product Safety Commission.

The commission reported the recall on June 23 and said it likewise applies to an additional 33,000 umbrellas sold in Canada.

According to the report, the lithium-ion batteries in the umbrella's photovoltaic panels could perhaps get too hot and cause a fire or harmful burns.

There have actually been at least 6 reports of the batteries overheating, the commission said. In 3 reports, the photovoltaic panels ignited indoors. One smoke inhalation injury has also been reported.

All 10-inch Solar LED Market Umbrellas, which Costco has exclusively sold since December 2020, are involved in the recall. Costco had actually been selling the umbrellas across the country in their warehouses and online before pulling the product in May.

The commission encourages all clients who purchased these umbrellas to stop utilizing them right away and eliminate the solar panel puck which contains the lithium-ion battery. The panel lies at the top of the umbrellas and has a black cover that either states "YEEZE" or " YEEZE 1.".

Clients should not charge the puck with the a/c adapter that includes the product. They should also keep the puck in a cool place, away from the sun and any flammable products.

Costco and SunVilla are currently contacting all known customers who have actually purchased the umbrella. Costco did not immediately return a request for remarks from TODAY.

Any client who bought a 10-inch Solar LED Market Umbrella can return the product and the puck to any Costco Warehouse and get a complete refund.

If a consumer is unable to check out a store, then they can call Costco to receive guidelines about their refund.