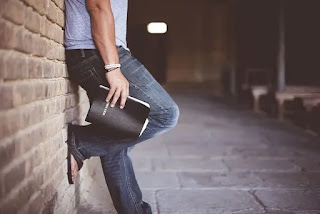 Rom 5:17 If, because of one man's trespass, death reigned through that one man, much more will those who receive the abundance of grace and the free gift of righteousness reign in life through the one man Jesus Christ.

....... You have been set up to reign in life........A fish in a small dirty pond has its life dependant on the water and substances found in the pond, it has to maximise on taking  all that it can feed on in the little pond, which is limited life. However if the same fish is put in the world's biggest sea, it has now been given much more than what the pond offered, the fish has to now live it's life with an limitless mind and get much more from the sea, exploring and getting  more from the endless life in the sea to reign/ have dominion in the sea.

So it is with us, before Christ we were under the law of Moses and our lives and dominion was limited only to the Adam's trespass in which was death. But now by faith in the finished work of Jesus in which law has been abolished, sin has been blotted out, and the power of death no more.....we have been transformed and transferred into a large endless sea of God's blood full of His grace and Righteousness which we should feed on abundantly to receive its abundant life for us to have dominion in this life like Jesus had dominion on this earth as a man.

You choose what you want dear, focus on the law and your own sins which has death and a non victorious life, or the finished work which has the total forgiveness of sins, grace, Righteousness which has dominion peace and victory in this life through Christ Jesus....You are set up to reign in life.

2Co 5:19 that is, in Christ God was reconciling the world to himself, not counting their trespasses against them, and entrusting to us the message of reconciliation.

......Rest in the peace of the new testament message ..........The new testament is not fully established until there is shedding of blood. When Jesus begins His ministry after His baptism, sin is still not taken away by forgiveness through the shed blood and so man's sins are still remembered by God.

However during His ministry Jesus looked so much to the new ministry that was to be given through His death of the total and one time forgiveness of sins that He was forgiving the sins of people He met looking to pay for it by His blood. But now the blood of God has been already fully shed on the cross and your sins are no more, not even one of them is recorded or remembered before God, only His righteousness is there and yours for you to take.

Don't think it pleases God to go before Him remembering and counting your own sins, you can't pay for them, but know that Jesus already fully paid for them....stop trying to live by your own Righteousness, rest in Jesus' free gift of His righteousness that has come by the blood on the cross.

It pleases God that you  approach Him with a mind full of His righteousness, hence the message of the new testament is that you are fully forgiven and reconciled/restored/renewed/ forever made one with God and sin no longer has a part in it but only God given Righteousness is in it.