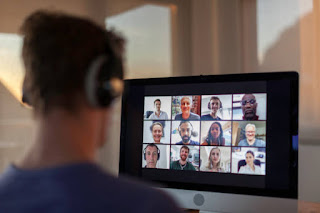 The Boss In charge of an US firm has been criticised after he fired around 900 of his personnel on a single Zoom call.

" If you're on this call you're part of the unlucky group being laid off," stated Vishal Garg, president of mortgage firm Better.com, on the call, later published to social media.

Comments on social media said it was "cold", "harsh" and "a horrible move", especially in the run up to Christmas.

" Last time I did [this] I cried," Mr Garg informed the staff on the call.

"I wish the news were different. I wish we were thriving," he said. This time his tone was measured and he referred to notes on the desk in front of him.

Mr Garg stated staff efficiency and efficiency, and market modifications lay behind the mass-firing of what he stated was 15% of Better.com's labor force.

Better.com's chief finance officer, Kevin Ryan, informed the BBC: "Having to conduct layoffs is gut-wrenching, particularly this time of year."

He included, nevertheless, that having "a fortress balance sheet and a lowered and focused labor force" was essential to take on the "drastically evolving homeownership market".

After the firing Fortune publication validated that Mr Garg was the author of a formerly composed confidential post in which he implicated sacked staff at his firm of "taking" from their colleagues and customers by being ineffective and only working two hours a day, while declaring for eight or more.

The business, which aims to use technology to make the housebuying process "quicker and more efficient", is backed by Japanese conglomerate Softbank and deserves around $6bn (₤ 4.53 bn).

Gemma Dale, speaker in work law and company studies at Liverpool John Moores University in the UK stated this was "no way to lead an organisation".

A mass-firing like this would not be legal in the UK, she stated.

" Even if you can do this in America, does not indicate you should," she included.

" There are methods to do these things which, even in tough conditions, are compassionate and good."

It might harm the firm as well as its staff she stated as "existing staff members will seek to how the business treats people as a signal to how it will treat them in the future".

"There are proper channels through which to deal with staff who aren't fulfilling the needed standards or quantities of work and while companies are within their right to take the appropriate action, there is a right method to do these things both ethically and legally".